As brands are ramping up for a ‘Cruelty-Free’ China – they should ask themselves, do people even care?

Last week I made a note of the updated CSAR (Cosmetic Supervision and Administration Regulation) release which caused much fanfare in the beauty world. It was an anti-climactic announcement which leaves much still unknown, but it did promise that by 2021 there will be an avenue to general trade (read: not just cross-border ecommerce) for the bulk of cosmetic and skincare products.

For those brands whose moral compasses have remained steadfast in the face of a booming Chinese beauty category this is big news. Domestic competitors and less-principled foreign brands have reaped the rewards of an increasingly dynamic retail space and the opportunity to have flexibility by offering offline experiences and tapping into agile domestic online channels.

One hardly thinks Mr François Nars and NARS’s parent company Shiseido are kept up at night by their 2017 decision to start testing on animals for the golden goose of China. Some outraged brand loyalists yes, but within months of the move a strategic partnership was in play with beauty/photo-filter app Meitu (so culturally significant it spawned the verb ‘to Meitu something’ akin to ‘to Photoshop’) seeing a variety of loudly branded NARS products ready for virtual trial and seamless purchase. There have been no shortage of creative and engaging activations since that 2017 initiative, and this should get soon-to-be-market-entrants excited. 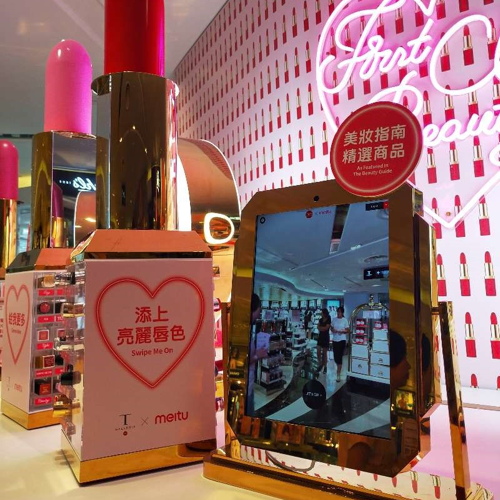 This does beg the question however, with the rampant success of brands who haven’t put a single dollar into advocating non-animal-testing practices – does anyone in China care about this issue, and more importantly are they comfortable with their products not being tested on animals? Many brands are expecting to charge into the market on a glorious wave of positive cruelty-free sentiment and might be in for a rude awakening.

Everyone should know a few key relevant underlying values of Chinese people: realistic (often begetting cynicism), self-preserving and fairly un-PC to a degree that drops a westerner’s jaw. We touched on this recently in our newsletter which highlighted the bewilderment at Colgate’s famous toothpaste brand ‘Darlie’ (formerly ‘Darkie’ but still retains Chinese brand name of ‘Black People Toothpaste’ although with an updated logo) undergoing an entire rebrand under the current BLM movement. Common sentiment followed – “god these Americans are so PC, we call ourselves ‘yellow’ all the time – what’s the big deal?”

And here we have the animal testing issue. We ran a small quick-fire poll on one of our panels asking about how consumers felt about a brand NOT testing their products on animals. Predictably, it was met with caution, and then a lack of interest. It all boiled down to a message: “I don’t particularly care as long as I can know the product won’t harm me.” Some showed a desire for the removal of animal testing, but would need to be educated and feel comfortable with the testing protocol put in place to replace it.

This kind of sentiment is hardly surprising when you have a read-through of online discourse. In April China’s Ministry for Agriculture released its list of what is deemed ‘livestock’. For the first time ever, dogs weren’t mentioned. This prompted a discussion on Zhihu (a Quora-like platform) about what people thought about the potential incoming ban on dog meat – this then held the highest engagement on the platform for a few days.

None of the top-voted answers supported the banning of dog meat consumption. The lead answer goes into detail scoffing at the perceived ridiculousness of living in a world where pets are castrated and purposefully inbred and yet eating them is suddenly outlawed. This discussion invokes a Chinese term that is thrown around every time the ‘animal testing’ issue comes up, with proponents of change labelled 圣母婊 (ShengMuBiao) – borrowing the characters for the Virgin Mary (ShengMu) coupled with a much more unsavoury one (Biao). The popular term speaks to those Chinese realist values – thinking these proponents will advocate for animal rights but then just as likely go home and crack open some battery-farmed eggs.

After the 4+ years I’ve spent living in China, there are few non-political hegemonic viewpoints that are as out-of-sync between China and the West. I have no doubt that this will change with a barrage of ethical messaging soon to ramp up in China. However hopeful brands must take a step back and think about what exact qualities of this ethical messaging will resonate when the market becomes available, lest the hefty marketing spend that is required in this category falls on deaf ears.

How Beijing is Driving Milk Consumption and Influencing Other Consumer Behaviour