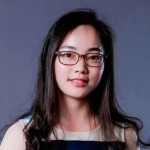 Last week’s National Holiday is typically a Golden Week for brands’ promotions and campaign, but it was anything but golden for Rolls-Royce in China.

It’s common practice for brands to collaborate with celebrities or KOLs to amplify promotions and for brand building initiatives. In many cases, they add authenticity to a brand’s communications. But choosing the wrong brand ambassador will usually have the opposite effect.

On 24 September, the week before the national holiday, Rolls-Royce released a video on Weibo of a well known couple Lin Han and his wife “Wanwan”.

A peruse through their bio on Baidu Baike, show a couple who look to be perfectly aligned with Rolls-Royce’s prestige brand. They are well educated and known for building their private art museum, M Woods Museum in 2014. Lin Han’s family is well regarded in politics, business and art world, and his wife, was an early KOL in the art industry.

However this couple who appear “lovely” on the surface, were slammed by Rolls-Royce’s fans after the video was released. Car owners didn’t hold back their fury about the brand’s choice of endorsers, claiming that they cheapened the positioning. Some even went as far as saying that they would sell their Rolls.

Rolls-Royce followers on Weibo questioned whether the company did a background check on the couple before engaging them. Many unscrupulous traits were listed in comments including talk of university degree forgery, a dubious personal life and other bad taste behaviour which had happened over the years – not exactly the upstanding citizens fit for the everlasting expression of the exceptional that Rolls Royce claims.

One of the strongest commentors’ criticisms came from a follower who said he owned a Rolls-Royce, posting a photo of himself wearing a ¥13 million ($2 million) watch and hand on the wheel of Rolls-Royce to prove it. Lin Han fought back, commenting directly on RR’s Weibo account in a tough tone, posting a photo of his vehicle license to show that he too was an owner. This was followed by a number of comments claiming they’d looked up the license plate and it was not owned by Lin Han. Lin then removed the post, giving further reason to question his credibility.

As of 12 October, Rolls-Royce’s Weibo post had received 8,800 comments, the majority being overwhelmingly critical. The video itself had 300,000 likes and received 2.3 million views – so it has gone viral, but not for the right reasons.

Rolls-Royce’s experience further emphasises the importance of doing thorough due diligence into brand ambassadors and endorsers. This needs to be beyond follower numbers or comments in their posts. It is particularly pertinent given Beijing’s recent crackdown on celebrities. Celebrities and KOLs are a large investment which can be a very effective channel to build brand awareness and preference, but the wrong choice can have the opposite effect.

Signs of China Opening Up Again by Early 2022

Localising Beyond China’s Gen-Zers and Millennials